Missed the Deadline to Make Medical Aid Changes for 2017? No Worries!

You may have forgotten to make medical aid changes. That’s because 2016 has been fraught with busy-ness.  And deadlines seemed to have whizzed past many of us over the past 12 months.

“Financial crunch” and “economic crisis” are common phrases used by most of the population. That is because as individual salary increases seem to be continuously constrained or even, in some cases, non-existent.  Home budgets are stretched so tightly that there’s just no room to squeeze anything more out of them.

Now, just as you’re looking at your 2017 budget, you realise you’ve missed the company medical aid  end of year review presentation. Or possibly even misplaced the reams of information sent to you by the medical aid company. Yes, you meant to print out and try to read it. 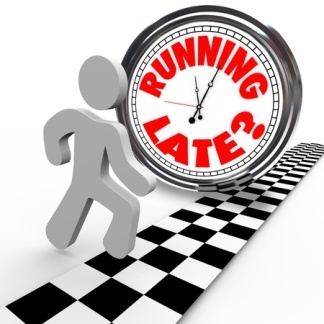 Have you missed the opportunity to make medical aid changes for next year?

Can you even afford the increases proposed for 2017?

Jillian Larkan is the head of Healthcare Consulting at financial advisory business GTC. She says that quite a few medical aids do  allow you to make changes during the year. However, individuals must be certain that their medical aids do allow this, before assuming they can up- or downgrade at any time.

Some plans only allow medical aid changes at year-end

“Bonitas, Topmed and CompCare, are three fairly popular medical aid plans which do not allow either up- or downgrades during the year. Individuals may change plans in January each year,” says Larkan.  “So, if you’re with one of these plans, it’s vital to contact your professional healthcare consultant immediately. You must ensure that you are aware of the options which are available to you. Then hopefully to be able to make your up or downgrade amendments before 2017 arrives.”

Larkan says that Discovery allows members the option of one medical aid plan downgrade during the year. Discovery Health is currently South Africa’s largest open medical aid scheme. It caters to most of the people with medical aid plans in our country,

“Generally, members  on a non-network plan with Discovery retain the option to downgrade to a Network plan.

“But it’s important for members when they make a downgrade during the year to know that if they have spent more than their pro-rated savings account they will be asked to refund the difference back to Discovery.”

She also warns that members who are already on a Network plan will not be allowed the option to change out of their Network plan during the year. In addition, these individuals will need to wait until January of the following year (2018) to upgrade or downgrade their plans.

Fedhealth does not allow a downgrade during the year, but the medical aid scheme will, upon diagnosis of a life-changing event, allow individuals to upgrade to a more suitable plan which better meets the needs of their changed situation.

Also, the limitations for the upgrade are that the change to a new plan needs to be confirmed within 30 days of the event / diagnosis.

Larkan advises that individuals who are part of Momentum’s medical aid schemes can upgrade their chronic cover status at any time during the year.

“Momentum members who have the State as their chronic provider, which effectively covers most members who do not have a chronic cover requirement, who develop a new chronic condition when chronic cover is suddenly needed, may upgrade the chronic provider on their plan from State to an associated or any pharmacy, at any time of year,” says Larkan. “There are some conditions associated with these upgrades, with the worst case scenario being that the difference in premium would be backdated to January of the year in question.”

Larkan urges individuals to consult their professional healthcare providers or to call the scheme directly to verify personal situations and plans if changes are needed.

Members will need to be ready for significantly increased medical aid fees, when dependents classified by a medical aid scheme as children, cross over to the scheme’s adult classification.
But Larkan advises individuals to consider giving the young adult the opportunity of having their own medical aid which is better designed for young, mostly-healthy students, and which may be a more cost-effective option.

“Each medical aid scheme sets their ‘adult’ ages differently and members would do well to check with their schemes to confirm this before getting caught off guard,” says Larkan.

With Discovery, for example, the ‘adult’ age is 21 years, Bonitas and Topmed set this age at 24, and Fedhealth, only at 27.

“Student plans generally provide mostly networked hospital cover as well as out of hospital cover from networked doctors, optometrists or dentists,” continues Larkan.  “It is very important for members to be ready to make the change for their young adult dependents at the right time, to save on fees while ensuring the various student plan options are well researched too.”

South Africa has 23 open medical aid providers (Profmed is the only “closed scheme” included in GTC’s survey, along with seven non-hospital providers).

“The 2017 survey is already underway. We look forward to sharing the nation’s medical aid data in . the new year,” Larkan concludes.

Get your FREE hospital plan quote on this page. Just complete and send the form