GTC is a financial services company which was established in 1991. Their aim is to provide advice and suggestions about which medical aid offers the best benefit options and great cheap hospital plan value for money. According to a medical aid benchmarking exercise conducted, it was found that the Genesis Medical Scheme offers exceptional value for money, and that the Private Choice hospital plan and their full-cover medical aid were found to be outstanding market leaders.

The 3rd party, GTC Healthcare, formerly part of Grant Thornton, the auditing company, was called upon to compare most open schemes in South Africa. of which Genesis is one. The focus of their survey and report is on the major medical expenses you face in hospital. The Genesis Private Choice great cheap hospital plan it turned out, was the number one hospital plan in South Africa in 2015 for their sheer affordability.

Membership of Genesis’s great cheap hospital plan is open to anyone who is citizen of South Africa. Premiums to Genesis aren’t based on your monthly salary but rather on the selected benefit option you choose and everyone pays the same. Everyone will pay in the region of R900 for the Genesis Private Choic 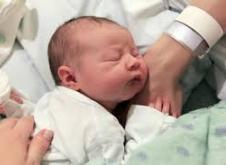 When you compare some of the medical aids as they were in 2015, there are some clear differences –

If a medical aid plan or hospital plan is cheap, can it really offer value for money? Doesn’t it mean they’re low on benefits? When you start doing research, you’ll find out that cheap doesn’t always mean less. Genesis hospital plans are worth doing research on. You will find they will cover you in hospital for both planned and emergency hospital admissions. Your focus with such plans is to get better because Genesis focuses on paying your hospital- and related accounts.

Great Cheap Hospital Plan – What does Being Number one Mean?

It doesn’t means that Genesis will pay more of your hospital bills than any of the other 17 companies being compared. The Genesis Private Choice plan gives you the best value for money, and unlike other new generation schemes,which offer a discount only if you use their network hospitals, Genesis doesn’t restrict you. You can go to state- or private hospitals of your choice.

Also,Genesis Private Choice is 80% more affordable than the average open scheme, and offers a range of no-frills benefits. You also get a R25 000 basic dentistry benefit as well. For R900 a month, the Genesis Private Choice plan makes perfect sense, and if you include R150 or so for medical gap cover, you couldn’t ask for more benefits and affordability in one hospital plan package

This is the cheapest hospital plan from a reputable medical aid company. It pays 100% of the Genesis medical aid rate for hospital procedures and with gap cover, you’re looking at paying R1, 050 a month – enough to cover most procedures in full. Now there’s a winning medical scheme with winning plans for unbeatable peace of mind.