If one has never been a member of a medical aid before the age of 35 and then decides to join one medical aid schemes in South Africa, tend to charge them late joiner fees as a penalty. These late joiner penalties make up for the increased risk that the plan has to take on. Just on account of one being older and more prone to disease and ailments. Therefore this means a greater likelihood of not only claims but, expensive claims. The real late penalty charged varies from scheme to scheme. Starting from 5% to anything around 75% of the regular contribution, dependent also on age. It applies to all plan option plans, whether comprehensive or basic hospital plans. 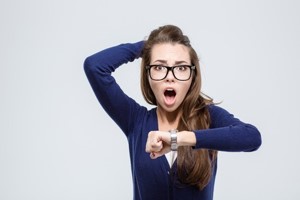 The calculation of the penalty fee depends on age and scheme and is a percentage of the premium. Most medical aid schemes do take the savings portion into account and deduct this. The percentage one must pay corresponds to the number of years, past 35 one has been without medical cover.

If for example, one has had no cover for four years and below, they will be charged 5% extra of the premium. If it is 5-14 years without cover, this percentage rises to 25%, between 15 and 24 years, 50% of the premium and for 25 years or more without medical aid cover, it is 75% of the premium is added on to your premium contribution. Medical aids also do not consider protection benefit as a child dependant below 21 years of age. They also do not find any medical aid cover policy taken out of the borders of South Africa. The member will have to provide proof that they were a member of a medical aid if they claim to have been one.

In addition to these late joiner penalties, new joiners may have waiting periods. It means that for a specified amount of time, they will not be able to claim for medical bills relating to ailments they had.

This particular set of fees is regulated by the Medical Aid Schemes Act, under Rule 13. One can predict claims using age and can, therefore, determine danger in this manner. Younger healthier members, while paying their monthly premiums, hand in fewer, less pricey claims. While their older counterparts claim more times with higher demand values. The younger members, therefore, subsidise the treatment of the older, more chronically ill members of the same scheme. In a sense, they fund their claims for when they are older, while they are young and agile. When one joins the scheme later on in life, they then rely on the younger, healthier members to subsidise them. While they hadn’t contributed to any scheme when they were younger. To make up for this disparity, plans, therefore, charge the late joiner penalties.

For a FREE hospital plan quote, fill in the form on this page and press send