Having a hospital plan with waiting periods that have expired is very helpful to anyone who wants to take care of the expenses that arise from a stay in hospital.

Regular hospital plans don’t usually cover all healthcare expenses in South Africa, but people are choosing these plans because they can no longer afford the costs involved with belonging to a medical aid. A hospital plan has become vital to the thousands of South Africans who are desperate to have some form of medical protection.

Sometimes when applying for a hospital plan, there is a waiting period from the start and some people find that they get caught out during this waiting period because they have not understood all the concepts. Hospital plans all have different waiting periods and you need to understand exactly how this will affect your cover.

What is Meant by ‘Waiting Period’? 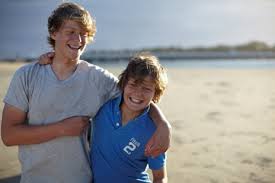 Customers need to realise that the hospital cash back plan and hospital plans offered by medical aids are two different products. Whichever one you have opted for, both come with waiting periods. This means that whichever cover you take out; there is a time span attached to it, where you won’t be covered, even though you are paying premiums. Some of these waiting periods are –

These waiting periods are there so that new members are prevented from making claims immediately. The truth is that many South Africans only take out hospital cover when they are forced to do it, and medical aid and insurance companies don’t appreciate this as it means paying out large sums when they haven’t received anything.

Hospital cover works in that all members monies are pooled together as such and pay-outs will occur to members in one month and to other members in other months. Some members who continue to pay loyally for months or even years on end hardly ever put in a claim. Every time claims are made, monies get taken out of the pool of reserves to make the pay-out. This makes it unfair for those loyal customers who never claim and yet who faithfully pay their monthly premiums.

These loyal customers are effectively paying money for new members who pay their premiums for only a few months and then want to put in claims. The waiting period is there to actually protect your cover in the long term. It detracts those people who just sign up for cover only to claim, and then disappear afterwards.

With medical aids, there are waiting periods. A hospital plan is not a medical aid. However waiting periods still apply. The cover usually applies for the first 6 to 12 months of cover. You will still have to pay hospital cash back cover premiums but you won’t be able to lay a claim. Consider waiting periods for hospital plans as probationary periods. For instance, you wouldn’t buy car insurance after you have an accident and therefore you won’t take out hospital cover after you have landed up in hospital and need it. It is far better to buy hospital cover when you are healthy and young because you will reap the rewards when you need it one day.

C-Section or Natural Birth? The Choice is YOURS →
← Getting Hospital Cover After Falling Pregnant