UK National Health Service: Would It Work in South Africa?

Would the UK National Health Service work in South Africa?

The UK National Health Service was established in 1948 for people of the UK. It deals with more than a million patients every 36 hours and their funding comes from taxation. It’s been lauded the best in terms of efficiency and safe, patient-centred care, with quick access to speciality services.

The idea behind NHS is to provide good healthcare for all, regardless of wealth status. Services are based on clinical need and not on the person’s ability to pay.

The UK boasts with one of the best Universal Health Care system in the world. So much so that other systems in the world have based their health care on this one. Everybody has access to it and all receive the same health care all but free as its funded through taxation. This isn’t much however, and in fact the tax rate in the United Kingdom inclusive of universal health care is on 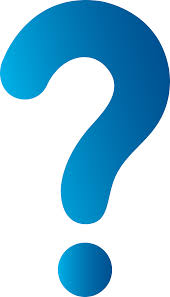 par with countries that don’t include health care as standard.

One drawback, however, is that many drugs which could offer hope and life to ill patients aren’t available. That is because the NHS believes that the cost outweighs the benefit. The way people must access some of these drugs is outside the universal health care system.

Health care for all Populations

The purpose of the National Health Service is to provide a comprehensive range of services. And they should shape these services around the needs of individual patients. The question arises as to whether such as system would work in South Africa?

The National Health Service in the UK caters for different populations. And they use public funds for healthcare which is devoted to all NHS patients.

There are some issues facing the NHS currently. And these are relevant to the white paper proposals for introducing such a system in South Africa.

South Africans use any excuse to strike and not only are thousands of working hours lost, but health services come to a halt. Such working conditions are causing many junior and senior doctors to move abroad for career satisfaction and advancement.

Provision of health in South Africa is provincial. Because of differences in socio-economic conditions and plenty of self enrichment, such a scheme couldn’t work in South Africa, especially as life is so cheap here. Overcrowded facilities and mis-governance of different facilities have ended in the death of patients if it means monetary gain for some.

South Africa needs to find a health care system that works for its own people. In a country with a burgeoning population and where public- and private resources are stretched, even though South African leaders pledge to spend a certain percentage of their GDP on healthcare, the average is always far far lower.

With a record like we’ve got, one can’t be blamed for assuming that the money set aside for healthcare will be going towards supporting the luxury lifestyles of our leaders.