People are sick of their hefty monthly medical aid premiums. So if you’re interested in a hospital plan, consider Selfmed.

The No Bells and Whistle Medical Scheme

For a much more affordable amount, South Africans can at least purchase a good hospital plan from a top medical scheme. Selfmed is worth a good look at as their hospital plans are explained simply – no complex medical jargon. They were established in 1965 and are well known for 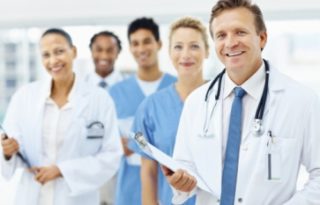 their stance in providing good healthcare without all those unnecessary bells and whistles which other medical schemes make their members pay for.

They are the first to say that hospital plans aren’t always the best solution. For instance, those with young children should always go for a good comprehensive medical plan to protect their young children.

Some Hospital Plans have Perks

This Selfmed MEDXXI, for instance, offers solid cover and at affordable prices such as R1450 a month. Then you can enjoy unlimited hospitalisation cover. It’s excellent news for students, young adults as well as healthy older adults.

Their Selfnet option is R1,185.00 and still offers things like 25 PMB conditions, general practitioner consultations, basic dentistry, pathology as well as other benefits.
South Africans don’t want their hard-earned money going onto ‘useless’ benefits such as discounts on discounts on movie tickets or gym membership which they use once or twice and never again. Rather, Selfmed uses all their money to bring members decent medical cover.

Some other aspects of a hospital plan from Selfmed –

Selfmed offers its members six medical care plans. And you can be sure, that with no unwanted frills attached to their offerings. You’re paying for purely good health care.

Complete the form on this page to get a FREE hospital plan quote.

Why Purchase a Hospital Plan From Genesis →
← Thinking about getting Medical Aid in South Africa?