Metropolitan and Momentum formed an alliance a few years ago to form MMI. The Momentum Medical Scheme, now administrated by Metropolitan, is the result.

The group showed that it is serious about gaining market share recently. It has applied to buy a majority stake in Occupational Care South Africa. (The application is currently under review for approval regarding regulations.)

CareCross Health, a subsidiary of Carecross Health Group, provides a network of health-care providers. This is under the umbrella of ONECare Health Network. This group has a significant number of contracts with service providers and medical schemes alike.

The Akacia HealthCare subsidiary is one of the premier manufacturers of medications in the country. It manufactures both branded and generic medications. It supplies these through the CareCross network of pharmacies, hospitals, and doctors. 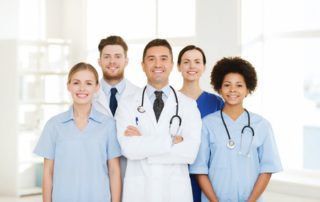 How Big is the ONECare Health Network?

CareCross has partnered with around ten medical aid schemes. It administers and manages the medical care of some 200 000 medical aid members.

The network consists of around 2000 GPs and around 4000 health-care professionals associated with daily care such as optometrists and dentists. It is a nationwide network.

The chief executive officer of the group, Nicolaas Kruger, says that it increases their ability to offer a complete solution to clients. They will be able to make use of the group for all their medical care needs.

According to a statement, the move was strategically intended as a complement to the current medical offering by Metropolitan Health.

Included amongst the schemes are the Momentum schemes, employer-specific schemes, schemes for government employees and SAMWUMED.

Also, a lot of schemes have contracts with the CareCross Health network and list them as their provider of choice.

According to MMI, the acquisition enables Metropolitan to reduce the costs of healthcare. With the administrative functions being placed in one area, better efficiency and coordination is expected. This will also help to improve cost efficiency. Therefore the consumer benefits from reduced charges.

CareCross has made a name for itself as giving people access health care that is more affordable. They have done this through greater co-ordination and efficiency.

What Other Changes Has MMI Made?

According to MMI, the CareCross group fits in perfectly with their strategy of making health care more affordable.

MMI is now going to be able to start dabbling in the corporate health care market.

Currently, CareCross and OCSA do also provide health care services for about 55000 employees across the country.

Finally, OCSA and CareCross clients are now able to access better services. Thus, they will now be able to take part in the rewards program and other initiatives to improve health.

For a FREE hospital plan quote, enter your details in the form provided and click the GET A QUOTE button.