What is going on with our maternity wards, and have moms-to-be reason to fear? Just recently in Cape Town, just five months after it opened to the public, the luxury maternity hospital, the Origin Family-Centred Hospital, closed after it filed for liquidation.

The reason? Obstetricians are quitting because of the rising incidence of medical malpractice insurance. That according to Sam Baleson, a legal risk advisor at Aon.

The professional body for South Africa’s obstetricians warns that sky-high insurance rates aren’t only driving skilled specialists away, but that the maternity wards are closing. Fees for giving birth are going to spiral out of control.

In Middelburg, Mpumalanga,t he Life Midmed Hospital, which handles approximately 100 deliveries each month, will also shut down its neonatal ICU as well as its obstetrics ward.

The Medical Protection Society has experienced a massive increase in the number and quantum of legal claims, and insurers are blaming contingency-based touting by lawyers. Medical lawsuits are increasing. Just recently in Worcester in the Wester Cape, four obstetricians in private practice announced that they would be refusing to deliver more babies. They say this is because of the massive increase in insurance premiums for this field of speciality. 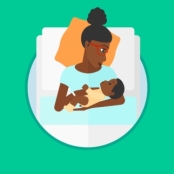 At the moment doctors pay R650,000 annually for insurance policies to protect them from medical malpractice claims. They claim that to pay these insurance premiums, they have to deliver at least 13 babies each month.

SASOG has in the meantime urged Aaron Motsoaledi, Health Minister, to intervene with new legislation.

The Maternity Wards Problem has been Brewing

This medical malpractice issue is nothing new – it’s been brewing for some time. In 2014  the  Gauteng Health Department faced 306 medical negligence claims. And that was just the tip of the iceberg. There are huge problems at state hospitals as well across South Africa which are also costing ordinary South Africans billions of Rands.

Most of the medical malpractice claims where for brain damage sustained at birth, and in 2012,2013 and the average sum of R5 million was claimed for each incident. A medical negligence lawyer said that most suffered brain damage because the women in labour were not properly monitored. That meant that because the nurse didn’t react fast enough, the infant was deprived of oxygen.

Of course, the survival rates for patients and their babies are lower because of shortages of staff, faulty machinery and shortages of drugs. The closure of these maternity wards is distressing. The more so for those mothers who were planning on giving birth in these facilities.

Malpractice insurance is no longer affordable to many obstetricians. And now South Africa is only witnessing the further collapse of private obstetric care. The National Department of Health must pay attention!

Get a FREE hospital plan quote on this page. Please add your contact details to the form and hit the Get a Quote button