Genesis Medical Aid Increases in 2017 – Lowest in the Industry

According to industry reports, some medical schemes in South Africa have been negatively affected by a notable increase in utilisation over the past 12 months. According to Insight Actuaries joint CEO Christoff Raath, members may experience increases almost twice the consumer price index (CPI) projections for 2017. While the Reserve Bank projects the CPI in the region of 6.2% in 2017, medical scheme increases in general are expected to average between 10% and 20%.

The announcement by Genesis of an average contribution increase of only 4.7% (*) for 2017, once again leads the way amongst open medical schemes.

Significantly, there are reasons for Genesis’s ability to offer such a small increase in contributions. And these come with benefit enhancements and not reductions as with some other medical schemes. That is a result of the benefits of self-administration, prudent risk management, positive financial and operational performance and healthy membership growth. 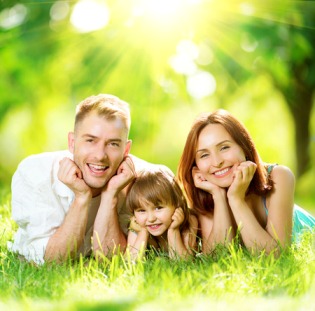 Also, depending on which benefit option Genesis members are on, the rand value of the Genesis Medical Aid Increases 2017 are only between R50 and R100 per adult per month. According to Dennis van der Merwe, the Principal Officer of the Scheme, it is important that members of medical schemes assess the actual rand value of their 2017 increases and not just values expressed as percentages.

How They Do It

Genesis started in 1995. As one of the leading medical schemes in South Africa, Genesis has a proud heritage of providing its members with exceptional healthcare funding benefits. These are for mainly catastrophic events, such as major accidents, illness or disease, at very affordable rates.

In  2016, GTC Healthcare Consulting Medical Aid Survey rated Genesis’s Private Choice hospital plan as the best value-for-money hospital plan in South Africa in the open medical scheme market. Importantly, the comparison included 21 similar hospital plan benefit options from open schemes in the “Core – No Network” category for hospital plans, where members have freedom of choice in their selection of private hospitals and doctors or specialists.

“To keep contributions as affordable as possible, we leave the day-to-day out of hospital expenses for members to cover. We take care of the expensive procedures”, says Van der Merwe.

“In a largely ‘one-size-fits-all’ market, Genesis does not follow the general trend of trying to be everything to everybody. But rather it strives to provide the best possible, no-frills, easy-to-understand benefits to a niche market in South Africa. And Genesis makes client-centeredness and service the key differentiators,” concludes Van der Merwe.

To get a FREE hospital plan quote, please complete and send the form on this page