Getting Hospital Cover After Falling Pregnant

If you are thinking about getting hospital cover after falling pregnant or hospital cash back cover so as to cover your pregnancy, this is not going to happen.

Yes, you can join the medical aid but they are not going to cover you for this particular pregnancy. You should have joined them at least a year before you became pregnant!

Medical aids as well as hospital cash back cover do offer maternity benefits, but not to those who are pregnant at the time of joining up.

The right way to go about joining a medical aid is to join medical aids and hospital plans before any assistance from them is required. Many people have joined because they have looked ahead and planned. They have realised that by joining, they are giving themselves financial protection when different circumstances arise. If you are pregnant and decide to join a medical aid, you cannot expect to receive cover for the pre-existing pregnancy and the same goes for the hospital cash back cover plans. You will only be able to enjoy child birth and maternity benefits for your next pregnancy — but not this one. 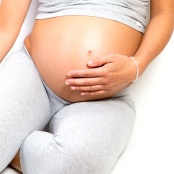 A few years ago, there were medical aids accepting women who were in the first few months of their pregnancy, but at that time, it was in order. They offered this benefit to increase their membership numbers. At that time, they were even prepared to pay for the pregnancy and costs of childbirth. But today, this rule no longer applies.

Hospital Cover After Falling Pregnant – ‘Unfairness’ the Result of Abuse

Customers often feel that they are being treated unfairly when trying to get hospital cover after falling pregnant especially at such an important period in their lives. They feel that medical aids discriminate against pregnancy. Widespread abuse has occurred with lots of pregnant women joining, making full use of all the maternity- and child birth benefit, only to quit the medical aid scheme after birth. During these periods, total premiums they had paid actually came to far less than the amount they were claiming for pregnancy and childbirth.

Medical aids of South Africa don’t take customers’ premiums and make large profits from them. They balance incoming funds with outgoing payments. When someone signs up for cover just in order to benefit from loyal member contributions only to quit a little while later, this is unfair to existing, loyal members.

Remember to acquaint yourselves with maternity benefits criteria when it comes to hospital cash back plans too because sometimes these types of insurance policies have 2 to 3 days deferred periods attached to them. If you are thinking that it all sounds unfair, just imagine if every person just signed up for hospital cover after falling pregnant and made use of all the benefits — and then quit. The pool of resources would quickly become depleted and then what? Nobody, pregnant or otherwise, would be able to benefit from the assistance of medical aids.