It’s a Stick-Up. Your Money or Your Health

One wonders if South Africa will ever restore the healthcare system. It’s crumbling at an alarming rate. So much so, that the South African Committee of Medical Deans (SACoMD) has asked government to tackle the health crisis. But as at September 2018, the health system shows no improvement and continues to spiral downwards.

It was already in 2014, as a result of widespread complaints about rising premiums with ever lesser benefits. That year the  Competition Commission set up an inquiry into the private healthcare market.

The name of the inquiry is the Health Market Inquiry (HMI). Independent experts served and the chairman former Chief Justice Sandile Ngcobo. The idea was also that Minister Aaron Motsoaledi withdraw the Medical Schemes Amendment Bill. He would keep it back until the Competition Commission finalied the HMI.

South Africans realize that this HMI could lead to nothing as usual. They believe that the government 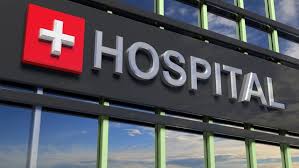 will simply ignore it simply because it isn’t in keeping with the National Health Insurance (NHI) scheme.

Some of the Health Findings …

The inquiry’s recommendations include huge changes to the medical schemes environment with the aim being to bring down costs and improve efficiency. Efficiency should start with tackling the public health system before forging ahead with the private sector.

Good healthcare may well be a constitutional right but South Africans are being exploited in the private sector and carried out in coffins when attempting the other alternative – the public sector.

Both systems need working on, but the way things are in the healthcare industry in 2018, the health crisis is deepening and looks to be a long way from being solved. Your money or your health. The Government isn’t particularly concerned about your health, but they like the idea of taking your money with no guarantees of you getting anything back for it.

Apply for health insurance on this page. Complete and submit the form now!