Old Mutual 2016 claims statistics reveal the need for sound severe illness advice and protection. There has been a drastic increase in severe illness claims.

The 2016 claims statistics released by Old Mutual show a worrying increase in the big four severe illnesses. These are specifically coronary artery bypass graft (CABG) over the past four years. Of the R566 million worth of severe illness claims paid in 2016, 81% were for the big four severe illnesses. These are cancer, stroke, heart attack and CABG, with cancer being the highest at an alarming 64%. Old Mutual paid out an overall total of R9.28 billion in claims in 2016. That was over R1 billion more than Old Mutual paid in 2015. 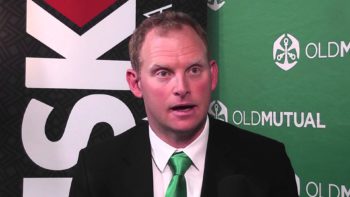 According to Jaco Gouws, Protection Product Head at Old Mutual, the 2016 statistics highlight that it is important for South Africans to seek sound financial advice. That will ensure they are adequately covered in case of the unexpected. “Although it’s not something we like to think about, accidents, illness, death and disability can, and do, affect everyone.”

“Our claims statistics reveal that unfortunately things do go wrong, and when they do, it’s better to be one of the people who planned ahead,” says Gouws. “Partnering with an adviser will help you to tweak and update your financial plan as your life and needs change. This will prevent the ostrich mentality, where we stick our heads in the sand and hope the problem will disappear.”

Another concerning statistic is the young age of many claimants – with the youngest being 19 years old. “The need for adequate cover applies to all ages and is not something limited to older people. We are all vulnerable,” says Gouws. “Empowering people to understand disability and illness as something that affects all South Africans every year is a key focus area for us. It is critical to get relevant, professional financial advice throughout your life journey to ensure you are adequately covered.”

“With advances in science and technology, our chances of surviving a critical illness or accident are higher. But so too are the costs associated with the lifestyle adjustments, unexpected costs or rehabilitation needed after an accident,” says Gouws.  This also means that it is critical to seek out a provider who has a consistently high claim payout ratio. That means they look for reasons to pay claims, rather than reasons not to. “Old Mutual consistently strives to uphold a high claim payment ratio, with 96% of all GREENLIGHT claims paid out in both 2015 and 2016.”

“Life is a journey with consistent changes and shifts that affect your financial and protection needs and goals. Consulting a professional financial adviser will ensure that you get the right advice and solutions for your needs – depending on your age, gender, family situation and type of job,” says Gouws. “A holistic financial plan that includes risk cover will ensure that you are on the path towards achieving financial wellness and should something happen, you will have the financial means to recover without having to dig into your long-term savings,” he concludes.