Getting a Hospital Plan with a Pre-Existing Condition

South Africa regulates its medical aids strictly. It is illegal to refuse someone membership because of their health status or age. The medical aid is entitled to exclude cover for a pre-existing condition for a year, though.

This prevents new members being able to drain funds from the accumulated pool of contributions by other members.

There are those who feel that the practice is discriminatory. The simple fact is, however, that there are those who will try to take advantage of cover only when they need it. For example, someone who has never had a medical aid takes one out because they have been diagnosed with diabetes.

If the medical scheme granted cover immediately, it would be unfair to those who had been contributing long-term.

If the doctors diagnose you with a disease, the medical scheme will have you wait 12 months before they cover you. There are no exceptions. 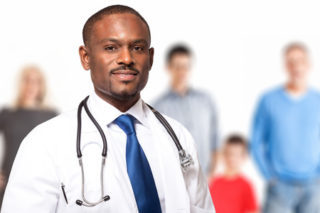 These are not classified as pre-existing. Most medical aids impose a three-month waiting period before general cover begins. Once this has passed, the medical scheme will cover you for newly diagnosed conditions.

Should the medical aid determine that the condition was a pre-existing condition but not disclosed, they will not have to pay.

It is essential to be completely honest about any existing conditions on your application. Failure to do so can result in the medical aid imposing penalties or rejecting claims.

And, should they become suspicious, it will usually not be that difficult for them to confirm their suspicions.

Getting Immediate Cover Even With a Pre-existing Condition

The exception to this rule is where you have decided change medical aids. As long as there was no gap in cover between the old and new plan, the waiting periods for a pre-existing condition won’t apply.

If you do decide to change your medical aid, do make sure that you have continuous cover to ensure that new waiting periods are not imposed.

Similarly, if you upgrade your current plan within your medical aid, no extra waiting period will apply.

There is an exception here, though. If you were not a member of your previous medical aid for a year or more, waiting periods can apply. If you are still in the first year of membership, it might pay you not to change until that year has passed.

The medical scheme cannot charge you a loaded premium for having a condition that is pre-existing. That means that if you have diabetes when you join, you will pay the same as someone who does not.

The only difference will be that you will need to wait a year before they cover you fully.

There is one notable exception to this rule. If you join a medical aid after the age of 35 and have never been a member of a medical aid before, the medical scheme will apply a penalty to you.

This late joiner penalty will take the form of an increased monthly premium.

For a FREE hospital plan quote, enter your details in the form provided and click the GET A QUOTE button.