Health care fraud between medical aid members as well as fraud by doctors and specialists is on the rise. The Government Employees Medical Scheme (GEMS) has revealed rampant fraud among physicians and specialists as well as dodgy practices which are costing medical schemes millions of rands.

It looks like in South Africa we there is no trust, reliability, integrity and justice. 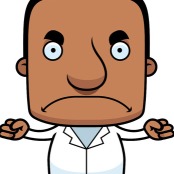 Commenting on investigations‚ the principal officer of GEMS, Dr. Goolab‚ said that the government medical aid had uncovered many instances where claims were dodgy.

It is mind boggling to realise that some 7 or 8% of all medical claims in South Africa are fraudulent.

In 2016 healthcare fraud was one of the country’s leading crimes. That just happens to be the most complex form of financial fraud to detect and to prevent. Not only that, one would think that the fraud exists at the administrative level. But it involves everyone, from the members of medical schemes to administrators to fraud among doctors and specialists.

Discovery Discovers It Too

They then claim for a consultation. That apparently is just one of the scams that Discovery Health uncovered. Discovery Health’s Forensics department tackles roughly 3 000 forensic investigations each year and rising.

President Jacob Zuma, the government in general and the Gupta family, have set this kind of self-enrichment example for South Africans. That behaviour appears to be beneficial, and people from all walks of life are willing to try it out – after all, it’s what our leaders are showing us by their example. Because of this mindset medical aids are losing billions of Rands each year through sheer wastage and fraud.

KwaZulu-Natal is the province with the most fraud and abuse, so much so that the province has launched a full-scale investigation. There are some health care practitioners linked to hospital cash back abuse.

Acknowledgement of Debt (AOD) documents were signed by health care service providers including, among others, physicians, dietitians, physiotherapists and surgeons with AODs valued from R350 000 to R3 million. Dr. Goolab went on to say that investigations wouldn’t cease and that the aim was to prosecute the people involved and to recover the amounts owed to GEMS.

There are different ways that Hospital Cash Back Plan fraud occurs, but because no qualifying criteria exist to purchase a hospital cash back plan, it has become a target for greedy individuals looking to claim the cash.

Self Enrichment on the Rampage

Most medical schemes, their member as well as medical care professionals are honest and work hard, but there are those who follow the example of the South African government – to feather your own nest.

They are the ones tarnishing the reputation of the health care system, but while Zuma and his cronies are setting such an example and going unchecked, there’s no knowing where these new fraud claims will take South Africa.

To get a FREE hospital plan quote, just complete and then send the form on this page