Prevention Key to Ridding South Africa of Malaria by 2020

Johannesburg, 13 June 2016. Great strides have been made in addressing the scourge of malaria in South Africa, yet prevention rather than cure needs to become the priority if the country is to eradicate the infectious disease by 2020.

This is according to Graham Anderson, CEO and Principal Officer of Profmed, who says preventative measures such as cross-border collaborations, indoor spraying of insecticides and education are vital in the battle against this mosquito-borne disease.

“We believe that with every health issue, prevention is better than cure. South Africa has the potential to reach the goal of elimination by 2020 by shifting its focus from reducing case numbers to the greater goal of stopping the transmission of malaria,” says Anderson.

Eradication is the Goal 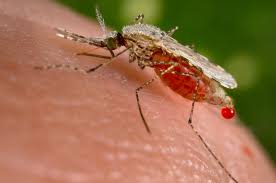 malaria, which aims to eliminate malaria in at least 10 countries by the end of this decade, including South Africa. The eradication of the disease is also a public health objective in South Africa and President Jacob Zuma received the ALMA Award for Achieving the Malaria Millennium Development Goal Target at the African Union Summit in Addis Ababa, Ethiopia in January 2016.

“We commend South Africa’s Department of Health and the WHO for their exceptional work in reducing the incidence of malaria, however, the increase between 2013 and 2014 highlights the need to be ever vigilant with preventative measures,” says Anderson. One such measure is cross-border collaboration, which has been identified as South Africa’s “biggest challenge” in reaching elimination, according to a 2013 article in the South African Medical Journal.

Anderson says, “South Africa’s health and border authorities should work closely with their counterparts in neighbouring countries to share resources and ensure that policies and processes are aligned to reduce cross-border transmissions.” He says enhanced collaborative international efforts also have the potential to extend the effective life of malaria drugs and insecticides.

He adds that while South Africa has a strong track record of indoor residual spraying (IRS) with insecticides, monitoring and evaluation of the chemicals used must be constantly undertaken to ensure mosquitos do not develop a resistance.

Education is also vital in preventing the spread of malaria as people not only need to understand the importance of using anti-malarial drugs, mosquito nets and insect repellents in at-risk areas but they also need to understand the importance of seeking treatment should they fall ill. “It is vital that people are aware that both the public and private healthcare system in South Africa is ready and capable of dealing with malaria. Those who believe they may be infected should not seek treatment for malaria from alternative sources as it is extremely dangerous to both your individual health and can cause a spike in transmissions in malaria-receptive areas,” says Anderson.

Anderson concludes, “It is extremely encouraging to think that in just four years we will see the eradication of this disease in South Africa. Malaria is a preventable disease and by focusing on proactive and precautionary measures, we can halt transmission and save countless lives in both our country and region.”